China’s major exchanges have found a legitimate means through which to continue operations despite the Chinese government crackdown on cryptocurrency exchanges.

Okcoin and Huobi Ceased Operations on October 31st, as Mandated by the Chinese Central Government

Huobi has recently launched its P2P trading platform, Huobi Pro. Okex, the international counterpart to the no longer operating Okcoin, has announced the launch of a P2P trading platform. The platform will accept a number of fiat currencies, including CNY. Both Okcoin and Huobi responded to China’s crackdown by relocating much of their operations to outside of China and launching P2P trading platforms via international affiliate companies. The move appears to be intended as a means through which the companies can continue servicing the Chinese cryptocurrency markets whilst evading recourse from China’s regulators.

Lennix Lai, the financial market director for Okex, has stated that the “centralized order-book exchange model is still the mainstream among [the] crypto industry. However, the changing regulatory environment brings uncertainties to crypto market. Some of the countries have already ceased the exchange model.” Mr. Lai states that the decision to launch a P2P trading platform was motivated by a desire “to better serve [its] clients across the globe.” Okex will also provide markets for Bitcoin Cash, Ethereum, and Ethereum Classic futures contracts.

Okex claims to have developed a distinct “market maker model” for its P2P exchange, claiming that such “reduce[s]… counterparty risk” when conducting P2P transactions. Okex states that “when the buyer or seller place an order, the market maker would step-in and become the counterparty of buyer or seller – with the consideration to their own net exposure, therefore the counterparty risk is diversified.” The company states that “all accredited market makers will go through a robust selection process by the Okex team.”

Rumors pertaining to Okex’s intentions to launch a P2P cryptocurrency trading platform were first reported by Cnledger, who posted “Okex (and likely, Huobi-Pro) will soon launch P2P bitcoin tradings with various fiat currency support” on the 29th of October.

Huobi Pro launched operations on the 28th of July, initially introducing trading for LTC/BTC, ETH/BTC, ETC/BTC and BCC/BTC initially. Unlike Okex, Huobi Pro has not introduced fiat trading pairs. Instead, the platform recently introduced Tether (USDT) pairs, launching BTC/USDT and ETH/USDT pairs on the 26th of October, LTC/USDT on the 27th, and BCC/USDT and ETC/USDT on the 31st of October.

In a recent statement, Huobi’s founder, Leon Li, described the cessation of Huobi’s former cryptocurrency exchange as “not only a milestone for Huobi, but also a watershed in the history of Chinese digital assets.” Moving forward, Huobi has transformed itself into six businesses, including Huobi Pro:

Huobi Exchange (huobi.com) – “will offer trading services between US dollar and digital assets to global qualified investors, after completing full cessation of all digital assets against the RMB’s trading and cleanup of RMB investors.”

Huobi Korea – “a digital asset exchange… [offering] trading services between Korean won and digital assets. It is headquartered in Seoul, and is operated by Huobi Korea team.”

Huobi China – “will soon… be transformed into… [an] information and research service provider in the… field of blockchain… It is headquartered in Beijing and will continue to be operated by Huobi China team.”

Huobi Wallet – will “provid[e] users with secure… digital asset management services. It is headquartered in Beijing and will continue to be operated by Huobi China team.”

What do you think about Okex and Huobi Pro launching P2P cryptocurrency trading platforms? Share your thoughts in the comments section below! 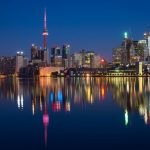