Fiat currencies are hampering blockchain innovation – at least according to David Harris, head of commercial innovation at the London Stock Exchange Group (LSEG).

In a keynote address at the third annual London Blockchain Summit today, Harris told a crowd of about 150 global bankers, insurers and technology providers that he looks forward to a day when central banks will issue their own cryptocurrency.

While not a new aspiration, the reason Harris gives for wanting to move to a cryptocurrency equivalent notably stems from LSEG’s role on the Borsa Italiana project, which looks to issue securities on a blockchain. But even with tests underway, in which multiple unlisted companies have been given access to services normally reserved for public firms, LSEG continues to encounter obstacles related to paying for securities with cash.

“Eventually, and hopefully, central banks will issue their currency in a digital form on a blockchain, because then that will facilitate collateral movement,” Harris said.

The statements underscore that while some central banks have deemed cryptocurrencies a threat and moved to ban them, others are in fact exploring the potential benefits of issuing fiat currency on a blockchain.

But, Harris is conscious that there are factors that could impede a swift embrace.

As blockchain technology was in large part developed to make banks and other middlemen unnecessary, once a central bank decides to issue a cryptocurrency, that could call into question the entire concept of commercial banking, Harris said.

As Harris puts it, “nothing is easy.”

“You’re not going to wake up one day and suddenly have a crypto-dollar facilitating collateral movements. The policy decisions you have to make from here to there are huge.”

Meet Earn.com: 21 Rebrands Social Network In Shift Away from Bitcoin 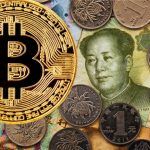