Reports indicate that Indonesian bitcoin payment platforms Toko Bitcoin and Bitbayer have ceased operations in response to recent announcements that the Bank of Indonesia will not recognize bitcoin as a means of payment. Although the position of Indonesia’s central bank renders the business model of cryptocurrency payment processors unviable, Indonesian bitcoin exchanges are continuing to operate freely.

Announcements that Indonesia’s central bank will not recognize bitcoin as a legitimate means of payment have resulted in the closure of bitcoin payment platforms operating in Indonesia. Since the announcements, Bitbayer, an Indonesian alternative to Bitpay, has announced that it will terminate its services on November 1st and encourages its customers to withdraw their funds before the end of the month. Toko Bitcoin, a company that once allowed its customers to purchase prepaid phone and electricity vouchers using bitcoin, has ceased accepting bitcoin as a means of payment.

Last month, Bank of Indonesia’s Director of Payment System Policy Department, Eny V Panggabean, reaffirmed that the central bank will not recognize bitcoin as a currency. Speaking at a banking seminar, Paggabean stated that the use of bitcoin as a currency is forbidden by the nation’s Service Provider of Payment legislation. The central bank’s recent comments reiterate the position statement published by the Bank of Indonesia in February 2014, which states that “bitcoin and other virtual currency are not valid currency or payment instruments in Indonesia.”

Do you think that the position of Indonesia’s central bank will affect the growth of Indonesian bitcoin long term? Share your thoughts in the comments section below! 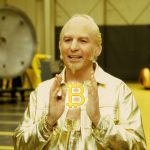