This week bitcoin proponents have been talking about the bitcoin gold fork scheduled for October 25. With just a few days away, bitcoin exchanges and service providers have been detailing their contingency plans on how to best deal with the upcoming distribution of split tokens.

Bitcoin enthusiasts have been discussing the bitcoin gold fork a lot this week across social media and cryptocurrency forums. Now many bitcoin-based service providers are coming out of the woodwork to explain their company’s stance towards this fork and associated token. Further, just recently news.Bitcoin.com reported on a large swathe of Japanese exchanges detailing their split contingency plans.

On October 21 the cryptocurrency exchange and brokerage service Coinbase revealed its plans for bitcoin gold. Coinbase says the protocol is incompatible with the existing version of bitcoin and the company will not support this fork.

“At this time, Coinbase cannot support bitcoin gold because its developers have not made the code available to the public for review — This is a major security risk,” explains the San Francisco based exchange.

The fork has already privately occurred at a point known only to the bitcoin gold development team. The bitcoin gold blockchain will be made publicly available when the bitcoin blockchain reaches block number 491,407, which is currently estimated to occur on October 25, 2017.

Both Coinbase and GDAX plan to monitor bitcoin gold to make sure the network is secure and viable. The company says at a later date it may decide to provide distribution support for the split tokens. “If Coinbase were to enable support for bitcoin gold at a future date, customers would be able to withdraw bitcoin gold associated with their Coinbase/GDAX bitcoin balances at the time of the bitcoin gold fork.”

Following the announcement from Coinbase, on the same day the popular cryptocurrency hardware wallet manufacturers, Satoshi Labs and Ledger, also gave updates on the bitcoin gold situation. Satoshi Labs explains to its Twitter followers that a Trezor announcement will come if the project is actually safe. “Once there is a safe way, we will let you know,” explains the Prague-based hardware wallet company. Moreover, Trezor also highlights that the bitcoin gold developers have not added replay protection yet, which is an issue for a lot of service providers. As far as bitcoin gold support goes, Satoshi Labs says it “depends on the timeframe — If bitcoin gold implements strong, two-way replay protection a day before the fork, we cannot be ready in time.”

Ledger will add immediate support for the bitcoin gold fork if/when the code is available, with replay protection, and if it’s successful/valid — Bitcoin Gold will fork on block 491407 – just hold your BTC in a Legacy or Segwit address before. Nothing else [is] necessary.

Additionally, another wallet provider Coinomi has explained how it will handle the upcoming split situation. Coinomi explains it will be supporting the bitcoin gold tokens. After the fork when the network goes live on November 1, split tokens will be credited to Coinomi wallet users. The company gives a step-by-step process on how a user will be able to obtain their bitcoin gold, alongside stating the startup will offer 24/7 customer support.

Furthermore, the cryptocurrency exchange Bittrex explained they will be crediting users with bitcoin gold if they held bitcoin on the exchange prior to block 491,407 occurring approximately on October 24, 3 am PT (10 am UTC). However, the exchange may not list the forked token within the platform’s markets, as the business has concerns. Bittrex is concerned about the lack of consensus code, no replay protection, no publicly known developers, and the fact that no business has been provided with adequate code for testing and auditing. The company also tells its users about the bitcoin gold pre-mine, and explains developers could dump these tokens on the open market.

With the fork just days away, and the bitcoin gold network going live in a week, it’s still hard for people to have confidence in this particular split. The most contentious issues with this fork are the lack of replay protection, a significant pre-mine for bitcoin gold developers, and a severe lack of infrastructure support. However, as far as support, it’s likely more businesses will announce their plans towards handling this fork over the course of the next two weeks. Meanwhile, the entire cryptocurrency community will wait and see if this project is truly viable.

Do you agree with us that Bitcoin is the best invention since sliced bread? Thought so. That’s why we are building this online universe revolving around anything and everything Bitcoin. We have a forum, a casino, a mining pool, and real-time price statistics.

To the Moon – Or Bust? Questions to Ask When Evaluating ICOs 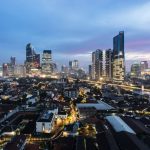