By BlokforgeNick
Posted October 5, 2017
In Uncategorized
BlackRock Exec: No Point in Bitcoin ETF2017-10-052017-10-05https://blokforge.com/wp-content/uploads/2021/05/blokforge-logo-new-green-site-logo.pngBLOKFORGEhttps://blokforge.com/wp-content/uploads/2021/05/blokforge-logo-new-green-site-logo.png200px200px

An executive for the world’s largest asset manager said this week that he doesn’t see the case for a bitcoin exchange-traded fund (ETF).

Speaking with Bloomberg on October 3, Mark Wiedman, who serves as Global Head of iShares and Index Investments for BlackRock, was asked about his views on the prospects of a cryptocurrency-tied ETF. A number of firms have attempted to launch such a product, but to date the SEC has been largely dismissive of the concept, issuing notable rejections in the public and, in other cases, prompting some bitcoin ETF backers to withdraw their efforts.

Wiedman said in the interview that he doesn’t see it happening, citing other ETF-related products that the firm would encourage clients to hold “in perpetuity.” In the case of bitcoin, Wiedman said that he “would not encourage a client to hold bitcoin in perpetuity.”

On the question of an ETF specifically, Wiedman went on to say:

“I don’t quite get the point of a bitcoin ETF in any case, because we’re talking about…trading products that are difficult to access. If bitcoin is ever successful – and again not my thing but – I wouldn’t recommend it. But if it were [successful], why would you need an ETF to access it?”

Wiedman isn’t the only BlackRock executive to comment on cryptocurrencies this week.

That same day, BlackRock CEO Larry Fink was quoted as saying that he is a “big believer” in the potential of cryptocurrencies. That said, he took aim at the speculation in the market and suggested that cryptocurrencies are being buoyed by money laundering. 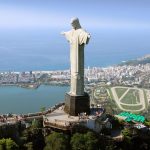