Brazil’s XP Investimentos signals its willingness to meet customer demand, filing patent on the brand XP Bitcoin. The move could legitimize bitcoin in the eyes of average Brazilian investors, despite the firm’s previous public protestations and warnings, bringing a Latin American powerhouse to the cryptocurrency marketplace.

It’s no wonder Brazilians are looking for financial alternatives like bitcoin.

He’s quoted as being quite the Cassandra regarding bitcoin, urging regulation and legal oversight.

Even so, his company is said to be “starting to look at this [bitcoin] market,” according to Folha.

Brazil’s purchasing power parity outstrips all other countries in the region at 3.2 million Geary-Khamis dollars, an international standard. And when Brazil is combined with Mexico and Argentina, the three countries account for a clear super-majority of economic activity in Latin America.

A substantial move into the bitcoin space from Brazil would have far-reaching impacts.

Criptomoedas Facil reported and editorialized on what XP Bitcoin would mean to a domestic investor class already populated by skittishness in its traditional financial sector.

The country has careened from crisis to crisis in recent years. Corruption plagues its politics, with impeachments and recriminations standard and ongoing.

Since 2015 its economy has been in utter free-fall, unemployment rising, catastrophic budget deficits, credit rating disasters and outlook, an inflation rate well-above seven percent. Its GDP fell consecutively, 2015 and 2016, the first time that’s happened in 80 years.

It’s no wonder Brazilians are looking for financial alternatives like bitcoin.

“I believe it will not make the slightest difference in my business,” he mused.

As a Peer-to-Peer (P2P) broker himself, he understands what mainstream brokerages such as XP bring with them: government regulation and lots of it.

“A tightening of regulations and increased compliance and bureaucracy will actually increase market demand even more [for] P2P brokers and exchanges,” Mr. Ferreira noted, “which is impossible to be regulated.”

However, for “the common investor of XP, which is in the stock exchange, I believe that the possibility of expansion [into bitcoin] is positive.”

He goes on to lament liquidity issues and how XP will swing prices, but “in general, the arrival of such an exchange in the Bitcoin market is evidence that the industry is evolving and attracting the attention of investors and heavyweight speculators.”

What do you think? Are emerging markets like Brazil important to the success of bitcoin? Let us know in the comments. 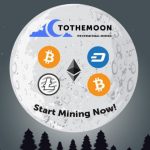