The SEC has brought what appears to be its first charges against a company utilizing the initial coin offering (ICO) fundraising model.

Allegedly, Zaslavskiy sold cryptocurrencies backed by assets that did not exist in two token sales, one for a project called Diamond Reserve Club World, and the other for an effort called the REcoin Group Foundation, the SEC said.

As evidence of the claims, the SEC said REcoin’s ICO was purportedly meant to raise funds for investing in real estate. But while Zaslavskiy told investors that REcoin had a “team of lawyers, professionals, brokers, and accountants,” the SEC claims he had not hired any personnel to invest the raised funds.

Further, while he claimed that the company had raised “between $2 million and $4 million” but in fact had only raised $300,000, the regulator said.

Likewise, DRC World was formed after the government “interfered” with REcoin, according to a statement attributed to Zaslavskiy and posted on a bitcoin forum on September 11.

According to the SEC, DRC World advertised that it would invest in diamonds, and would provide its investors with discounts for products, but the company did not invest in diamonds or have any business operations.

Both companies and Zaslavskiy’s assets were frozen through an emergency court order by a federal district court in Brooklyn, New York.

Overall, the announcement from the SEC is the latest indication that the agency is paying more attention to the Wild West of ICOs. Earlier this week, the regulator said it had created two new units focused on policing cybercrimes — including violations related to distributed ledger tech and ICOs — and protecting mom-and-pop investors.

The SEC is now looking for the companies to pay penalties in addition to returning all funds raised. In addition, the SEC is looking to prevent Zaslavskiy from participating in any digital securities offerings in the future.

The investigation is ongoing. 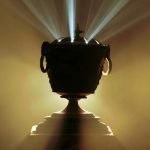