Alexey Moiseev, the deputy finance minister of Russia, said earlier this week that he expects pending legislation on cryptocurrencies will feature a ban on payments made in cryptocurrency.

According to the state-backed news source TASS, Moiseev – who previously said that bitcoin should be classified as a kind of asset in Russia and limited to qualified investors – told reporters on Monday that “no regulator doubts that payments will be banned.”

That comment aside, further statements from Moiseev on the matter suggest that the question is still an open one subject to debate in the State Duma, Russia’s national legislature.

“The discussions will continue. I think that within the framework of these discussions we will decide what we will do with it,” he said, going on to remark:

“In any case, there is a market. It is developing rapidly, and there are certain advantages that could be used. I mean the advantages associated with attracting investments for projects through the ICO. I have a positive attitude to this, but there is another point of view. In order to make a decision, consensus will be necessary.”

Moiseev said that he expects a long-in-the-crafting bill to be completed in October, though given past developments in Russia, the bill could conceivably see further delays. Even still, the deputy finance minister indicated that further deliberations in the Duma will decide what ends up in the finalized measure.

“I think we will determine it within a month. I think in October, and then we will discuss it before submitting it,” he said. 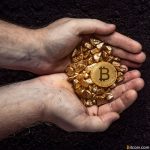