On Thursday, Nov. 1, a group of Bitcoin Cash (BCH) proponents who call themselves the Professional Stress Test Team, performed a network stress test on the BCH chain. During the course of the day, the BCH network saw over 733,000 transactions and a 14MB block that cleared 73,000 transactions in one fell swoop.

Also read: Anypay Provides BCH Invoices That Can Be Paid by Sending a Text

The Bitcoin Cash Professional Stress Test Team wrapped up another 24 hours of sending thousands of transactions and recording all the data on Nov. 1. According to the team’s Taste Test Report, the group constructed a transaction fan-out tool they called the DoW, which includes seven full nodes using three of the most popular bitcoin clients — Bitcoin Unlimited, ABC, and SV. Full node implementations for the stress test were dispersed around the world in the U.S., Finland, Belgium, and Hong Kong. When the stress test began, the BCH was added to the DoW’s UTXO management system, which split the transactions into multiple UTXOs that ranged in value between 15,000 to 15,000,000 satoshis.

Following this step, the UTXOs were held in a Walker process, a method that fans out the transactions and splits them into 20 to 2,900 new UTXOs. Each Walker process waits for the fan-outs to be confirmed on the BCH chain before starting again. Loading the Walkers is a manual process, the team detailed, and the group is in the midst of creating an automated loader. The way the stress test method is currently done is quite “time-consuming” and leads to a “delay in activation of all Walkers.” During the first phase of the test, the team experienced multiple Walker failures and random delays. “Nodes running Bitcoin Unlimited did not experience failures of this kind, while the Bitcoin SV (which still has the delay in place) and Bitcoin ABC nodes all failed to varying degrees,” explained the team. The stress testers continued by stating:

After the first 140,000 transactions were sent, the team spent some time making an analysis of what the issues were, and re-gathering UTXOs from failed walkers, and re-started the test.

The Outcome: A Cleared Mempool, Big Blocks, and 1/10th of a US Penny Per Transaction

At the end of the day, the team finished up the stress test with the final blast, utilizing all the remaining funds from the failed transactions left in the wallet. The developers detailed that this test was the “most optimized in terms of success rate” and there was a much lower failure rate this time around (less than 0.2 percent transaction failure). According to 24-hour statistics, the BCH chain processed 733,782 transactions during the course of the Nov. 1 stress test. The stress test organization also plans on assembling a large-scale test on Nov. 17, after the proposed network hard fork two days prior.

The group emphasized they were pleased with the DoW’s performance but they expect to be ready to handle a lot more capacity on Nov. 10. At that time the team expects to send 250-300 transactions per second onto the BCH network within a 1-hour time span. “This rate will need to be sustained indefinitely (24 hours at least) to achieve the goals laid out in the Professional Stress Test roadmap, and we look forward to delivering on this promise,” the stress testers conclude.

The Nov. 1 stress test was smaller than the test held on Sept. 1 and the four days of testing that followed. However, there were some notable achievements this Thursday, with block 554751 being the largest block mined during the day. The 14MB block processed held 73,000 transactions and the miner earned 0.14320561BCH in fees. Another block mined by the operation SV-Pool, processed a 9.3MB block with over 44,000 transactions. Just like last September, even though there were hundreds of thousands of transactions sent that day, the mempool (transaction queue) was cleared quite easily and network fees remained extremely low the entire day.

Images via Shutterstock, Pixabay, and the ‘Taste Test Report.’ 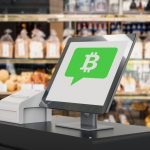 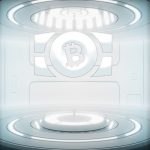