A quick press release announced excitedly the company’s venturing into bitcoin, “one of the world’s most popular cryptocurrencies has joined our growing list of trading instruments.”

It trades on the decentralized, global OTC foreign exchange market (Forex), which dwarfs all other markets in terms of volume.

Traders in the United States are forbidden by law from OTC products, which include CFDs and even retail investing.

Due to using MetaTrader4, a standard in the industry, Tickmill’s Forex platform is available across devices and operating systems for investors, from Windows to Apple to Android.

Back in 2014 when now-CEO Duncan Anderson and his company were beginning their run, bitcoin was something of a curiosity.

Mr. Anderson took part in an online discussion, “What are the Future Bitcoin Battlegrounds?”

The idea was to war-game bitcoin, using hive mind commenting, to try and figure out where it was headed.

Tickmill’s CEO weighed-in on the ramifications for banking and their near-universal government regulations regarding Know Your Client. Identification laws, Mr. Anderson commented, might go against the very nature of bitcoin.

He ended his thoughts, “I’m sure there’s something in this Bitcoin thing for bankers somewhere.”

That “something” might be his company’s latest offering, available to retail and institutional investors alike.

traders don’t hold the asset in traditional sense one might a stock or metal or even bitcoin. It’s all about price speculation. No wallets are involved, digital nor analog.

This year has seen its share of Forex brokerage houses speculating on bitcoin in response to price spikes. Easy Markets, registered in Cyprus and Australia, jumped-in to bitcoin a few months earlier. It offers trades for as low as 100 USD, and even published an ebook to help traders better understand bitcoin.

All cryptocurrencies brought to market are by way of CFDs.

Again, traders don’t hold the asset in the traditional sense one might a stock or metal or even bitcoin. It’s all about price speculation. No wallets are involved, digital nor analog.

Another interesting quirk, of at least Tickmill, was highlighted by Finance Magnates, explaining “the company specified that Bitcoin trading will be available 24/5.”

“Considering the volatility in the Bitcoin market,” the article warns, “clients could be dealing with large gaps at the market open every week.”

What do you think? Are Forex OTC CFDs good for bitcoin? Is there danger in traders never holding bitcoin, only looking at its price? Tell us in the comments below. 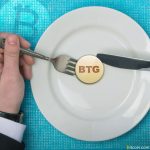