Goldman Sachs analysts predicted that the price of bitcoin could surge as high as $8,000 in a note distributed to clients earlier this week.

According to Business Insider and Bloomberg, the note came as the cryptocurrency’s price cleared a new all-time high above $7,600. Technical analysts Sheba Jafari and Jack Abramowitz cautioned that the signs are pointing to a new run up – albeit one that may take time to develop.

“This break indicated potential for an impulsive advance, one that could reach at least 7,941. This is the minimum target for a 3rd of 5-waves up and should therefore be a level from which to watch for signs of a consolidation,” they wrote, according to Bloomberg.

At press time, the price of bitcoin is trading at around $7,092, according to CoinDesk’s Bitcoin Price Index (BPI).

The note represents the latest instance in which the investment bank has offered some possible guidance for its client base, which Goldman began circulating earlier this summer.

And amid rumors that Goldman is considering a new client-facing brokerage built around cryptocurrencies, its influential CEO, Lloyd Blankfein, has struck a decidedly neutral tone on bitcoin, declaring his “openness” in recent statements and interviews.

“I’ve learned over the years that there’s a lot of things that work out pretty well that I don’t love,” he told Bloomberg last week. 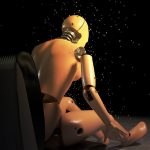 Fork Watch: The Chain With Less Hashrate Could Come to aScreeching Halt