Alexis Ohanian is bullish on Bitcoin for this year, but feels Ethereum will far outpace it in terms of gains in 2018.

He believes that Bitcoin will return to its all-time high of around $20,000 and Ether will be worth a staggering $15,000. That’s quite an increase considering its current price is around $650 at the time of writing.

The main difference between the two leading cryptocurrencies for Ohanian is that people are using the Ethereum network to create decentralised applications. He believes Bitcoin will retain its assumed role as a store of value, but Ethereum will really take off when it starts to be used to develop ‘Web 3.0.’

The co-founder of Reddit spoke to Fortune’s Term Sheet in an interview. When asked for a Bitcoin price prediction, he responded:

“To the moon. [laughs] I still hold a little bit of Bitcoin, and I think it has such mindshare that it will continue to be a store of value. I’m most bullish about Ethereum simply because people are actually building on it.”

Ohanian went on to discuss how blockchain technology development was evolving. He commented on the fact that there was a shift from those earliest adopters who possessed strictly engineering backgrounds to those with experience actually bringing companies and products to market. This is crucial for the technology to realise its revolutionary potential. The web developer-turned-investor commented:

“This stuff doesn’t actually change the world unless everyone is using it.”

Also during the interview, Ohanian touched upon the criteria he looks at when choosing companies to back with his venture firm Initialized Capital, along with his opinion of those seeking to regulate cryptocurrency. For him, scams in the space are:

“… frustrating because it undermines what is a really innovative technology. These people should be punished full-stop.”

Ohanian left his position at Reddit earlier this year to focus on investing in tech startups with a particular emphasis on blockchain projects. During his conversation with Term Sheet, he admitted that he still kept an eye on Reddit to help him identify trends. This, he claims, is what helped drive Initialized Capital to invest in Coinbase.

The Reddit co-founder isn’t the only one who’s bullish on Ethereum this year, but he’s probably the commentator to attach the largest price tag to a prediction yet. Late last month, we reported on the deVere Group’s CEO stating that he felt each native token on the smart contract platform would be worth $2,500 before the end of the year. The reasoning Nigel Green, founder and CEO of the deVere Group, gave for such a call largely echoed that of Alexis Ohanian – application development. 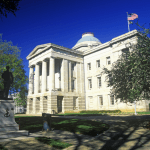 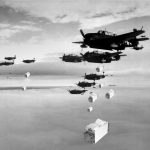