The order mandates the company and any person, employee, officer, director, entity, or independent contractor under its direction or control to permanently cease and desist from selling securities in the state until the security is registered or exempt.

They also must not act as a securities dealer, salesman, or agent unless registered with the state. Furthermore, they must not engage in fraud in connection with the offer or sale of any security, or violate other provisions and rules of the state.

This order follows a temporary cease and desist order issued by the same division on March 2. However, the company has neither responded to the order nor requested a hearing. Instead, its website, which is its principal place of business, went offline on March 6, the order revealed. The State of North Carolina described PMP as an online business that is unregistered in any jurisdiction, without a physical place of business and “The individuals who managed PMP are not identified.”

The company represents that it owns and operates mining rigs capable of mining seven different cryptocurrencies 24 hours a day, 7 days a week. It also represents that these rigs track the profitability of each of the seven cryptos and automatically “switch resources away from less profitable coins.” PMP also offers mining pool shares to investors to mine on their behalf. “Investors who purchase mining pool shares must first purchase bitcoin with their fiat currency, such as the U.S. Dollar or Euro,” the order detailed. “Next, PMP directs investors to deposit their bitcoin into PMP’s bitcoin wallet in order to set up an account on the PMP website.” The company then claims to mine cryptocurrencies on investors’ behalf and purported to pay investors the fiat value of the coins mined.

Investors can also “trade the mined coins for bitcoin.” PMP claims that it will pay the investors “on any profits we make in the trading pool” every three hours.

The Secretary of State of North Carolina wrote:

What do you think of North Carolina shutting down Power Mining Pool? Let us know in the comments section below. 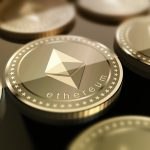