Morocco has extradited a British national to the U.S. after he was accused of defrauding investors in a bitcoin-related venture.

Renwick Haddow, who was indicted in June on fraud charges for operating the Bitcoin Store and a startup called Bar Works, had been arrested by Moroccan authorities in July and detained for nearly nine months.

Geoffrey Berman, the U.S. Attorney for the Southern District of New York, and William Sweeney Jr., assistant director-in-charge of the FBI’s New York office, announced Friday that Haddow had been sent back to the U.S.

The Morocco Ministry of Justice originally held Haddow to investigate the Bitcoin Shop, Bar Works and a third venture of his called InCrowd Equity.

But the “experienced team” was fabricated by Haddow, according to the Department of Justice. In reality, he alone was the brains behind the Bitcoin Store, the DOJ said.

Further, the Bitcoin Store’s shareholder mailing list announced various investments and partnerships which did not exist, according to a DOJ complaint filed in June 2017. The document continued:

“Investors in Bitcoin Store equity, including Investor-1, have not obtained any return on their securities. After making certain initial quarterly payments, Bitcoin Store has stopped making payments to investors on their Notes, including to Investor-2 and Investor-3.” 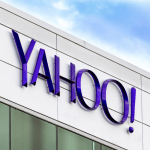