A “self-regulatory approach” has been mentioned as a likely solution for the South African crypto sector. A non-government body could adopt rules and implement industry standards. The central bank in Pretoria is expected to formulate the policy framework.

Also read: Steps towards Self-Regulation in Croatia and Slovenia The South African Reserve Bank (SARB) has set up a team to monitor fintech developments and assist its efforts to finalize the regulatory regime for cryptocurrencies. Representatives of the private sector have proposed the creation of a Self-regulatory Organization (SRO). While banking falls within the central bank’s jurisdiction, cryptos are not suited to traditional centralized supervision, said a legal expert familiar with the matter.

“Regulation through self-regulatory organizations may be a more likely solution,” Bridget King, Finance and Banking Practice Director at a leading South African law firm, told the Business Report. The SRO can be registered as a non-governmental body authorized to adopt rules, issue directives for its members and implement industry standards, she explained.

Mrs. King believes that the central bank should deal with preventing systemic risk, while the SRO can establish a self-regulatory approach in the fintech sector. She warned that regulating cryptocurrencies prematurely could throttle growth and innovation in the industry:

If laws are drafted based on existing technology, which is still in its growth phase, there is a risk that the technology may have moved so much by the time the legislation is enacted, that this legislation is obsolete or requires updating almost immediately.

Bridget King noted, however, that this approach would have to be balanced against what she called the dangers of delaying the regulatory framework too much.

While mulling over crypto regulations, SARB has been exploring opportunities to implement distributed ledger technologies in electronic payments. It also experiments with replicating interbank clearing and settlement using the Quorum protocol, a permissioned implementation of ethereum.

Meanwhile, cryptocurrencies with permissionless blockchains, like bitcoin, have been steadily gaining popularity in South Africa. Trading has increased significantly, so has the use of cryptocurrencies as a means of payment. Last year, the country’s second largest supermarket chain Pick n Pay started testing bitcoin payments. It has been reported that South African drivers can now pay their tickets with cryptocurrency. In December, the South African Revenue Service announced it was exploring ways to tax bitcoin trading, as news.Bitcoin.com reported. The agency held talks with tech companies to implement transaction tracking solutions. The tax authority also revealed it was working closely with the central bank to improve the monitoring of cross-border money flows.

This year, the South African Reserve Bank created a fintech task force to review its stance on cryptocurrencies. It is also supposed to update the official monetary policy and address the stability of the country’s financial system.

Do you think that self-regulation is more effective in the crypto sector? Share your thoughts in the comments section below.

Do you agree with us that Bitcoin is the best invention since sliced bread? Thought so. That’s why we are building this online universe revolving around anything and everything Bitcoin. We have a store. And a forum. And a casino, a pool and real-time price statistics. 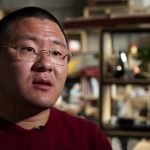