In a Friday filing with the U.S. Securities and Exchange Commission, the company announced it would not purchase either the mining rigs or the power supply units it had originally indicated it would buy in a filing early in January.

No reason was given for the change in plan. However, when the purchase deal was originally announced, it was noted that the company had until Jan. 31 to raise $4.2 million to complete the transaction.

At the time, Long Blockchain said it would issue 1.6 million shares of common stock to raise $7.7 million.

It is unclear how successful the company’s fundraising attempts were, though the company did call off its stock sale a week later.

Shamyl Malik, head of the company’s blockchain strategy committee, said in a press release that buying bitcoin mining computers was only one aspect of the overall strategy. Despite the decision not to buy the AntMiners, which Malik said “was negotiated as a no-risk option to the company,” Long Blockchain still believes in mining cryptocurrencies.

“We will continue to evaluate the purchase of mining equipment for Bitcoin and other digital currencies as part of our larger blockchain initiative, which includes among other potential transactions the proposed merger with [blockchain startup] Stater.”

Since the beginning of the year, Long Blockchain’s stock price on the Nasdaq exchange has fallen nearly in half, to $3.10 Friday. At current trading levels, it runs the risk of being booted off Nasdaq’s exchange. 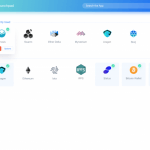 PR: Essentia.one Launch Set to Revolutionize the Way WeAccess the Web with Decentralization

PR: Broker Platform Serenity – Why Do We Need AnotherMediator Between the Market and the Trader? 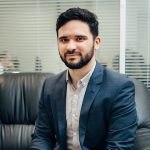