An advisory committee to the U.S. Customs and Border Patrol (CBP) is gearing up to research the application of blockchain to the agency’s trade functions, public documents show.

A summary report published earlier this week offers details on the group, formed in September by the Commercial Customs Operations Advisory Committee (COAC). The body, according to the CBP’s website, advises the Secretaries of the U.S. Treasury and the Department of Homeland Security on the commercial operations of the CBP.

Though the working group is focused on emerging technologies in general, the report suggests that blockchain will be a major focus of research moving forward.

Thus far, the advisory panel has identified a number of possible use cases for the technology, with the report explaining:

“The group came up with 14 proposed use cases. They included ideas such as capturing and keeping track of partnering government agencies licenses, permits, certificate of origin reporting and free trade agreement product qualifications, carnets and bonded movement tracking.”

The paper indicates that group is now looking into those use cases and determining how they might be be deployed using blockchain technology.

At this time, it’s unclear whether the CBP advisory group’s work will translate into tangible applications at the agency. That said, recent work within a number of U.S. departments points to the proactive stance on the part of some officials, so it remains to be seen if – and how – the CBP embraces blockchain. 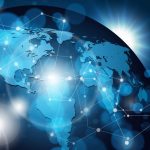 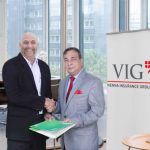