This week Bobby Lee, the chief executive officer of the Chinese cryptocurrency exchange BTCC, held an Ask-Me-Anything (AMA) with bitcoin traders on the Reddit forum /r/bitcoinmarkets. During the AMA the conversation participants focused in on the Segwit2x hard fork set to activate on or around November 16.

According to Bobby Lee’s most recent AMA, the Chinese exchange founder says that the pending Segwit2x fork is an “upgrade” and the Bitcoin network’s consensus rules will change this time around. Lee details that if more than one chain survives, and the minority chain has demand, BTCC will support the forked protocol just as it has done with altcoins earlier this year. Recently BTCC just started altcoin mining and started with litecoin, and the pool will soon mine bitcoin cash as well, Lee reveals.

“In the future, if the Bitcoin Core Legacy (BCL) chain survives, we will consider providing BTCC Pool support for that based on market demand,” explains Lee during his AMA. “This time, in mid-November, bitcoin is expected to upgrade its consensus rules, just as it has done so many times over the past nine years.”

The upcoming Segwit2x feature is an upgrade to Bitcoin, and yes, there is a change in consensus rules this time. Per bitcoin rules, bitcoin will continue to be the chain that has the most accumulated hashing power and produces the longest valid blockchain.

Segwit2x Will be a Good Test

Lee and BTCC’s perspective of the situation share the same view as Coinbase, Bitpay, Xapo and other businesses by choosing to follow the most accumulated hashrate. Lee says the reason he likes bitcoin so much is because there is a “balance of power — no one group has absolute power.” Further, Lee digresses that there is no mathematical certainty or exact measurement of how much power each group has, and he believes this fork will be a good test.

“The upcoming bitcoin upgrade (NYA, Segwit2x) is a good test to see if the bitcoin community can move forward when only a subset of all the groups decide to move on to an upgrade of bitcoin,” the BTCC founder details. “It’s unfortunate that this upgrade is not fully supported by all groups.”

Following Lee’s AMA discussion his brother, and the creator of litecoin, Charlie Lee, wasn’t too happy with his sibling’s statements.

The litecoin creator is a very vocal “NO2x” supporter and has been against the upcoming hard fork. After the AMA Charlie Lee tweets this response to his brother stating:

Extremely lame Bobby Lee. Bitcoin (BTC) is not an altcoin. I have explained to you multiple times that miners don’t decide consensus.

Bobby Lee seemed confident about his company’s decision throughout the AMA and did not respond to his brother over Twitter.

“We are committed to the New York Agreement (NYA), and will proceed with the bitcoin network upgrade in mid-November,” emphasizes the CEO of BTCC.

Whether you’re a beginner or a long-time bitcoin player, there’s always something interesting going on in the bitcoin.com Forums. We are proud free speech advocates, and no matter what your opinion on bitcoin we guarantee it’ll be seen and heard here. 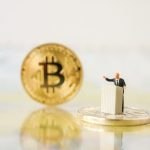