A regular user of Localbitcoins (a facilitator of exchanging fiat currencies for bitcoin) was formally charged in United States District Court. The Michigan man is accused of violating money transmitting business licensing requirements.

A criminal complaint filed 25 October 2017 against Bradley Anthony Stetkiw, a Localbitcoins user, accuses the man of buying, selling and brokering “deals for hundreds of thousands of dollars in bitcoin while failing to comply with money transmitting business registration requirements set forth in Title 31, United States Code, Section 5330.”

United States of America v. Bradley A. Stetkiw asserts that from Summer of 2015 through Fall of this year, Mr. Stetkiw ran a bitcoin exchange under the handle ‘SaltandPepper’.

The next few paragraphs of the seventeen page document detail a basic understanding of bitcoin, concluding in an odd equivocation in ‘Part F’, “Bitcoin is not inherently illegal and has known legitimate uses, much like cash; bitcoins, however, are also used to facilitate illicit transactions and to launder criminal proceeds.”

Further into the document, the complaint retreats to an awkward appraisal by agent Randall and the HSI concerning the deep web, dark web, and TOR browsing – none of which seem to have anything to do with the case against Mr. Stetkiw.

At a stop in the document, agent Randall insists any transaction of 3,000 USD or more must comply with existing know-your-customer (KYC) regulations. There, it does seem to point to issues for anyone selling so much as one bitcoin at its present value.

For the next couple of paragraphs, the complaint gives a general overview of Localbitcoins and its business model. At page 9, Mr. Stetkiw comes into focus. SaltandPepper describes himself as an honest broker, asking to meet at a restaurant for potential transactions. The pages that immediately follow are dissections of Mr. Stetkiw’s identification, from phone numbers to license pictures and the vehicle he is known to drive.

It goes on in this manner for a while.

HSI undercovers urge him to deal in more than his set 2,500 USD limit, which Mr. Stetkiw is quoted as saying is an arbitrary amount that makes him “comfortable.” Other quotes have Mr. Stetkiw telling agents he really does not want to know what they’re doing with bitcoin, as he desires to not run afoul of laws. Mr. Stetkiw mentions not being able to trade with a person he knew to be breaking the law with bitcoins purchased from him.

Other one-sided, out of context quotes are attributed to Mr. Stetkiw. HSI alleges that Mr. Stetkiw broke his own policy by selling an amount over 13,000 USD, along with other incidents of a similar nature.

Exactly in no part of the complaint does Mr. Stetkiw encourage hurting someone. He never solicits agents for drugs. He never urges weapons be purchased with bitcoin. He never steals from agents or undercuts them in transactions. No deep, dark web. No TOR.

He sells them bitcoin, no questions asked.

Are peer-to-peer bitcoin transactions too dangerous? Tell us in the comments below!

At Bitcoin.com there’s a bunch of free helpful services. For instance, check out our Tools page!

Politician Ron Paul: US Government Should ‘Stay Out’ of BitcoinUncategorized 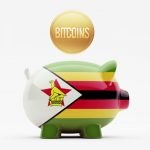