Where to Trade Bitcoin? Brokerage Apps Move In Amid Market Boom

By BlokforgeNick
Posted October 28, 2017
In Uncategorized
Where to Trade Bitcoin? Brokerage Apps Move In Amid Market Boom2017-10-282017-10-28https://blokforge.com/wp-content/uploads/2021/05/blokforge-logo-new-green-site-logo.pngBLOKFORGEhttps://blokforge.com/wp-content/uploads/2021/05/blokforge-logo-new-green-site-logo.png200px200px

Established brokers and startups want in on the crypto boom – but, Trading 212 is a bit of both.

Founded by Bulgarians Ivan Ashminov and Boris Nedialkov, Trading 212 is the trade name for Avus Capital, a broker-dealer with roots going back 14 years in foreign exchange and commodities dealing in Europe. But while the company isn’t exactly new, what it’s doing with share trading and cryptocurrencies is – and it seems to be generating success so far.

Its app is the most-downloaded trading app in the UK, with the company now providing a full-blown trading operation, with markets in some 2,500 instruments, ranging from shares to commodities.

In June this year, however, Trading 212 took a bold step in adding cryptocurrencies to the mix, helping it to attract a younger crowd – the millennials – broking industry incumbents are finding hard to reach. These are the consumers who grew up against the background of the 2008 financial crisis, and as a consequence, are inclined to see financial service companies as the bad guys.

And while U.S. fintech startups Invstr and Kapitall are targeting the same demographic of 20-something financial cynics, they don’t yet have the “magic sauce” of crypto to sell on their shelves. For the likes of Trading 212, crypto is a way of further enhancing its appeal to new users.

But the question is: just how effective has this push been?

In interview, Saunders was cagey about disclosing exact figures on how much crypto constitutes in terms of its overall business, although he described the contribution as “significant.”

“We’d rather not share the exact numbers but it is [a few percent] of the combined volume generated by all exchanges, which is quite a lot for a single retail broker,” he said.

Still, Saunders did suggest that Trading 212 is benefiting from the wave of new attention cryptocurrencies have received in 2017. After rising from under $10 billion at the start of the year, the total value of the combined market has risen to more than $170 billion.

In short, it’s showing all the attributes of a hot market that’s generating returns.

“Clients numbers are always driven by volatility and the news. When the two combine and bitcoin price rises make headline news, this drives new clients to open accounts.”

The app includes a real-time chat facility in a link-up with TradeBird – a trading-focused social network set-up by Trading 212’s founders; accessible educational tools and regular cryptocurrencies analysis, which has all helped it to attract a growing audience.

Even before it offered crypto, Trading 212 caught imaginations when it came up with a freemium model for share trading, in which customers get commission-free dealing for up to 10 trades a month, up to a maximum value of £10,000 per trade.

The company estimates that 90% of its equity customers will pay nothing at all, with the 10% of high-rolling “whales” delivering its revenue stream.

Perhaps propelling its growth among more seasoned cryptocurrency traders, though, is that it has also added a swath of available options from the asset class. Customers can deal not just in bitcoin and ether, the two largest cryptos by market cap, but in ripple, bitcoin cash, dash, monero and neo.

Apart from that, Saunders is pledging the app can “remove all the complexity and risk” of owning cryptocurrencies, which today often involves storing or managing a set of cryptographic keys (or trusting someone else to do so), by using contract for differences (CFDs).

A type of financial instrument made to mirror an underlying asset, the use of the tool means that trading crypto on the platform does not involve buying the claims to those keys, as you would on a crypto exchange such as Bitfinex, the marker leader by volume.

But, CFDs have a downside, too, in that trading isn’t yet available in the U.S.

CDFs involve trading on margin, which has the effect of magnifying gains but also losses and is why the SEC has taken it upon itself to protect traders by banning CFDs.

Still, Trading212 has made other tweaks to its service to accommodate cryptocurrencies.

For one, it has a Bitcoin Mini market that quotes a price one-tenth the value of bitcoin, which they believe makes opening a position much more manageable and possible less scary. (Saunders says the average deal size for bitcoin is around £10,000.)

As with fiat currency or share trading, stop loses can also be set so you get to sleep at night without worrying if the South Koreans are about to start selling bitcoin big time.

Trading 212’s killer feature, though, is perhaps the fact that on its crypto markets you can “sell” coins as well as buy. This provides novice and experienced users alike with a way to “short” the market if they think prices are going to fall. As ever with trading, it’s all about the timing.

Elsewhere, other CFD, spread betting and forex brokers have been getting in on the action.

Avatrade.com and Trade.com are two forex brokers trying their hand at crypto. Another is InterTrader, which provides dealing in bitcoin and ether, and is currently giving away 1 ether to anyone opening a new account and trading a stake worth a minimum of €500.

And then there’s UK spread-betting behemoth IG Group, which was the first to offer CFD and spread-betting bitcoin products. Shai Heffetz, managing director at InterTrader is a long-time bitcoin believer, stating: “There is no doubt virtual currencies are going to play a significant role in the future of the economy.”

A new kid on the block is a trading app from startup Bux, positioning itself as a “millennial financial brand,” is trying to make headway by turning stock investing into a game with virtual trading, hoping to convert its young customer base to funding their accounts with real money.

Of its 200,000 UK users, Bux claims 85,000 are now using real money. Its app, with a design look-and-feel that evokes then Grand Theft Auto video game, and judging from the stream showing what app users are trading, bitcoin is one of the more popular trades among its client base.

Still, the likes of Coinbase notwithstanding, buying and securing your crypto is not seen as a straightforward matter by most ordinary folk.

Yet, as interest in crypto grows, the new breed of trading apps from Trading 212 (and others) show there’s a big market for more familiar ways to gain exposure. 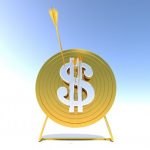 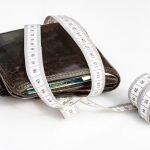