Japanese IT firm GMO is adding another twist to its ongoing cryptocurrency initiative: a plan for an initial coin offering (ICO).

The token sale was disclosed in an announcement on Tuesday. Though some of the finer details remain unclear, the company – which previously revealed plans to open up a cryptocurrency mine and an accompanying cloud mining service – is planning to use the token as part of a payment system for an upcoming series of products.

In statements, the firm said that it would follow the applicable laws as it moves to launch and sell the token, explaining:

“We will consider properly the laws and regulations that are applicable to us under the current legislation including Payment Services Act and the Financial Instrument and Exchange Act, and will be conscious of the protection of token purchasers and stakeholders’ profits when designing the token sale.”

The coin will be redeemable for GMO’s new mining board, which the company projects will be capable of 10 terahashes/second per chip, according to an announcement from Tuesday. These board will also use less power compared to similar chips on the market, the firm claimed.

GMO projects to launch its own mining operation somewhere in Europe by the end of December.

It’s uncertain at this time whether or not GMO’s token would be based on an existing blockchain or if it would seek to launch its own protocol. The company was not immediately available for comment. 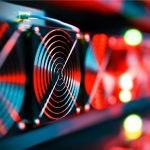