They didn’t take questions from the audience, nor did they say much, but many people in the crowd were amazed that Kathleen and Arthur Breitman took the stage at all.

In their first public appearance since a flurry of news stories documenting the internal power struggles impacting their blockchain project, Tezos, the married couple and business partners projected confidence that despite the governance issues, their technology will endure.

Onstage, she insisted that there was no critical underlying issue with the project itself – notwithstanding the couple’s public feud with Johann Gevers, the president of the Swiss-based non-profit foundation created to foster the development and adoption of the Tezos protocol.

“This will blow over once the board meets in a few days,” she said, adding that the foundation’s board of trustees is conducting an internal investigation to decide whether Gevers will remain.

Still, she acknowledged the difficulties of the situation:

“I mean, it stinks. It stinks. We’re both really embarrassed about the situation. But we trust the process that we put in place, and I think it will be resolved in due course.”

Her husband Arthur had a succinct message for the backers of the project, who are still waiting to receive Tezos tokens after the company sold $232 million worth of the cryptocurrency in July, stating: “Bear with me.”

Stepping back, the Breitmans previously accused Gevers of self-dealing, while he, in turn, has accused them of assassinating his character and attempting an illegal coup.

The situation has turned the couple into poster children for the controversies surrounding the ICO market – a hot topic given the amount of money raised via the offerings and the broader legal questions about whether some token sales may constitute securities offerings.

On the sidelines of the conference, many attendees wondered if the Breitmans’ legal counsel had advised them not to go through with the scheduled appearance. Either way, onstage, the couple was a bit more diplomatic when talking about their adversary. But only a bit.

Gevers “is probably not a good fit for the project,” Arthur Breitman said. “I think he did some things which were bad, and honestly it would be better for the project at this point if he walked away.”

Despite the situation, much of the conversation was relatively light.

Although, the discussion turned more serious when moderator Meltem Demirors, director of development at Digital Currency Group, and herself a Tezos backer, asked why the project ended up raising more than 20 times the $10 million the couple had initially envisioned seeking in September 2016.

In response, the Breitmans cited the rising prices of ether, bitcoin and other tokens in 2017, as well as the enthusiastic response to their project.

Early in the session, the Breitmans said that one of the reasons they started the project was to solve the governance challenges faced by bitcoin.

Later, during the discussion of their own governance problems, Kathleen smiled and told the audience:

“We appreciate the irony of the situation.”

Disclosure: CoinDesk is a subsidiary of Digital Currency Group. 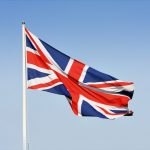