The UK financial regulator, the Financial Conduct Authority (FCA) has accused financial institutions of withholding financial services from distributed ledger technology (DLT) start-ups on a wholesale basis. The assessments have been published in a report examining the outcome of the nation’s ‘regulatory sandbox’ one year after its launch.

In a report discussing the achievements and lessons learned one year after the FCA’s establishment of a regulatory sandbox, the financial conduct authority has accused financial institutions of intentionally denying banking services to companies operating in the blockchain industry.

The FCA states that it has “witnessed the denial of banking services first-hand across a number of firms in the first two cohorts of the sandbox. Difficulties have been particularly pronounced for firms wishing to leverage [blockchain technology to] become payment institutions, or become electronic money institutions.”

The FCA states that it is “concerned by what appear to be blanket refusals for certain kinds of applicant firms,” adding that there are “apparent inconsistencies within individual banks regarding how they apply their assessment criteria in approving access to banking services.” The FCA states that the decision by the banking sector to deny services to DLT companies is motivated by “strategic business decisions”, among a range of factors.

The FCA states that it is “concerned that denying certain customers bank accounts on a wholesale basis causes significant barriers to entry and could lead to poor competition in certain markets.” The report states that the current banking practices “pose [risks] to innovation and competition.”

The FCA state that “if certain firms cannot secure bank accounts it is possible that they will be unable to meet our conditions for authorization and would therefore be unable to enter the market, even to test in the sandbox.” The report asserts that “some firms have been unable to conduct their tests as initially planned” as a consequence of being sidelined from accessing financial services.

The FCA has rejected this argument, stating that it is “clear that effective money laundering risk management need not result in wholesale de-risking”. The report adds that the FCA “work[s] to ensure that the UK financial system is a hostile environment for money launderers.”

Are you surprised by the FCA’s assessments regarding a refusal to provide financial services to distributed ledger technology start-ups? Share your thoughts in the comments section below!

Tezos Founders on ICO Controversy: 'This Will Blow Over'

Central Bank of Singapore Sees No Reason to RegulateCryptocurrencies 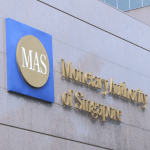