The first regulated cryptocurrency derivative trades have taken place on a U.S. exchange.

In a statement to the press today, bitcoin trading platform LedgerX confirmed rumors that it has already begun trading cryptocurrency derivatives, an offering it first received approval to begin selling to institutional investors in July.

According to figures provided by the company, LedgerX saw 176 swaps and options contracts traded in its first week, with notional values of more than $1 million.

“This week, a new standard is set for transparency, oversight and counter-party assurance. Institutional investors and traders can now rely on a guaranteed clearing and settlement process when transacting bitcoin contracts.”

Notably, while the initial LedgerX trades appear to be exclusively in bitcoin, the details of the license give the company the ability to add other assets that qualify as cryptocurrencies.

The company, based in New York, is licensed as both a swap execution facility (SEF) and a derivatives clearing organization (DCO).

“Our regulated, institutional-grade platform enables participants who were sitting on the sidelines, to enter the digital currency market.” 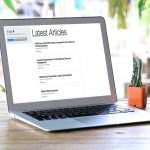