Alastria, formerly known as Red Lyra, was unveiled in May with the backing of several notable Spanish banks, including Banco Sabadell, Banco Santander and BBVA, as well as a group of law firms and corporations.

That effort has gathered steam in recent months, according to a new announcement. Some of the new members include utilities firm Gas Natural Fenosa, telecom provider MásMóvil, Japanese IT firm Fujitsu and several public universities within Spain. In statements, the consortium emphasized the inclusion of regional academic institutions, stating that they will “play an important role” as the project moves ahead.

Alastria’s aim is to facilitate data sharing between different companies, with the platform being described as a “national multi-sector network.”

The idea is that Alastria will serve as a common hub between businesses in Spain hoping to utilize the blockchain network, which as previously announced will support smart contracts and digital identity tools.

“We should be proud that a pioneering and unprecedented project throughout the world has been born in Spain, which places the industries of our country at the forefront of digital transformation,” Julio Faura, president of Alastria and head of R&D for Banco Santander, said in a statement. 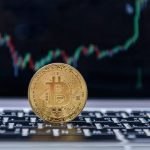