There was a looming presence on day one of this year’s Sibos conference.

Hosted by Swift, the messaging platform that today connects the world’s banks via a centralized ledger system, the event struggled in the face of an unlikely pressure – a competing conference across town put on by Ripple, a competitor focused on promoting a more decentralized solution.

But while neither CEO Gottfried Leibbrandt, nor any of the Swift executives who joined him on stage addressed the event directly, their comments showcased an awareness of what was at stake. Contrary to comments at last year’s Sibos, during which Leibbrandt pontificated about the potential of blockchain, Swift largely focused its time this year on the inadequacies of cryptocurrencies.

Speaking in front of an image of what he claimed was a bitcoin mining farm in Mongolia, Leibbrandt waxed poetic about the cryptocurrency’s meteoric and unpredictable rise to its current price, while noting the “interesting valuations” observed across the asset class.

As the screen switched to an image of tulip bulbs, the audience erupted in laughter.

Just as brief, however, was Swift’s mention of its own blockchain work – the only time the Swift CEO directly mentioned it was in reference to how suitable Leibbrandt said their internal payments solution — the Global Payments Innovation initiative (GPI) — was for hosting the company’s nostro-vostro blockchain proof-of-concept.

Leibbrandt later offered one final description of Swift’s GPI that left some in the audience aghast, adding:

Yet if Swift was tight-lipped about the ongoing shift in financial technology, others were more verbose.

Speaking on the same stage as Leibbrandt David McKay, CEO of the Royal Bank of Canada, perhaps best represented the large contingent of Swift members at the event who made more bullish statements. There, he highlighted his bank’s work with JPMorgan to build an interbank payments platform using the open-source Quorum blockchain, echoing news revealed earlier in the day.

According to McKay, his bank is now exploring blockchain solutions for personal banking, commercial banking and capital markets business, and prior to his address, representatives of BBVA, BNY Mellon, Payments Canada and the European Central Bank all expressed continued interest in the technology during a panel.

Going forward, several events at Sibos are aimed directly at blockchain, while many others seem to be alluding to its potential impact. As such, it remains to be seen if day two will offer a reprieve from the tensions. If McKay’s comments are any indication, however, they may not.

“The opportunity to decentralize record-keeping and remove third parties could significantly remove friction, lower costs, and increase the cadence at which we operate.”

Disclosure: CoinDesk is a subsidiary of Digital Currency Group, which has an ownership stake in Ripple. 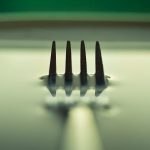 Preparing for the Bitcoin Hard Forks: A Step-by-StepWalkthrough