IBM and Hyperledger have signed on with the Decentralized Identity Foundation (DIF), a consortium formed earlier this year in a bid to promote interoperability and standards for blockchain-based ID systems.

The two enterprise blockchain heavyweights join a diverse group of organizations, including big corporates like Microsoft and Accenture, startups such as Civic and Gem, as well as open-source projects like uPort and Sovrin.

“This should be a signal that there is broad agreement in this area that crosses some significant strategic [and] organizational boundaries,” Daniel Buchner, the DIF’s executive director, told CoinDesk by email.

While some of these firms compete with each other, they are nonetheless collaborating on this project in order to avoid building systems that function like disconnected silos – basically, the same as the legacy infrastructures they seek to replace.

“[T]his diverse set of individuals and organizations is bound by a common creed: the belief that identity is composed of a deeply personal collection of data that defines us, and that your identity should answer to no one but you,” the foundation said in a blog post published Wednesday.

To achieve such self-sovereignty requires “the fundamental primitives, protocols, and tools necessary to create an interoperable ecosystem,” the group said. To that end the group is working on a set of specs and reference implementations for building blocks such as personal data stores and decentralized identifiers.

IBM, which has also been working on a blockchain-based ID system with a consortium of banks in Canada, previously expressed support for the foundation’s goal of creating standards but had not until now committed to participating.

“IBM joined DIF because we believe it will take open community and standards to achieve the vision of self-sovereign identity,” Big Blue said in its own blog post Wednesday.

Hyperledger, itself a consortium, has been doing similar work in the identity space through Project Indy, a partnership with fellow DIF member Sovrin Foundation. 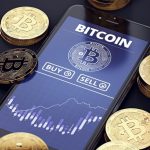