Database software giant Oracle is officially a player in the world of blockchain.

The firm unveiled its enterprise-grade blockchain cloud platform Monday at its OpenWorld 2017 conference in San Francisco. With the initial debut – a public launch is expected sometime next year – Oracle becomes the latest entrant in the “blockchain-as-a-service” ecosystem, joining the likes of IBM and Microsoft, two other tech majors that are courting enterprise customers with their respective cloud-based distributed ledger resources.

Oracle, according to its announcement and statements from execs, is looking at the technology as a way to extend (and streamline) its existing cloud-based offerings, which are largely aimed at the digitization of a range of business functions.

The company wants to attract both large and small firms, but Frank Xiong, Oracle’s group vice president of Blockchain Cloud Service, argued that startups looking to test a smart contract or an application will be able to do so more cheaply using the cloud platform because pricing is based on transaction volume.

“This will give them a very good reasonably priced way to start up their application,” he told CoinDesk. “I personally think this will be a big attraction to these startups.”

For existing ERP customers, the platform will provide a way to connect with outside partners and customers, plugging them into internal channels and processes in a confidential and secure manner.

“This blockchain platform will give them a platform to extend their services beyond their enterprise bundle, which means they can extend them outside to their business partners, advantage customers and so on.”

Though the exact date isn’t clear, Xiong said that the service will be made publicly available some time in 2018.

As one of the largest and most reputable database providers in the world, there is a perception that Oracle might be potentially cannibalizing its core business segment by embracing blockchain, a technology that, by its nature, enables the distribution of information without having to trust a central administrator.

However, Xiong was quick to dismiss those concerns, along with the notion that blockchains and databases should be viewed as competing entities.

“We actually think that this is an advantage to us,” he said, arguing that the idea that blockchains are “distributed databases” is not entirely accurate.

Because copies of data in a blockchain network need to be kept by all of the various peers and nodes, he explained, increased adoption of blockchain among Oracle’s core client base will actually create new demand for the company’s traditional data storage solutions.

“In traditional computer science, there is just one copy of the database. In blockchain, all of the ledgers are distributed, so actually everybody gets a copy [of the data]. So this is only going to expand that data storage [requirement].” 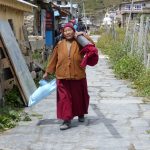 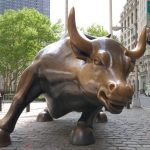