The CEO of the world’s largest asset manager sees “huge opportunities” for cryptocurrencies – but argues that work needs to be done before they become more widely accepted.

In a new interview with Bloomberg TV, BlackRock chief Larry Fink said that he’s a “big believer”, but that the current market today is primarily focused on speculation. His comments come months after the firm’s chief strategist said that, to him, the cryptocurrency market charts at the time looked “pretty scary.”

Fink said in the interview:

“Related to cryptocurrencies, I’m a big believer in the potential of what a cryptocurrency can do. You see huge opportunities, but what we’re talking about today, it’s much more of a speculative platform, people are speculating on it.”

Fink added that, thus far, his firm hasn’t seen much interest from clients beyond “some speculative stuff” – a notable comment given that firms like Goldman Sachs are reportedly eyeing new trading services around cryptocurrencies.

“We’re being asked that question but it’s more of a venture capital type of interchange, but we’re not hearing clients say ‘we want to use this as an asset class’,” he said.

And while cryptocurrencies’ speculative nature is an issue for him, Fink argued their most important problem is that they are being utilized to launder money.

“As I said, it’s much more of a speculative platform for Asia, and it’s heavily used for money laundering,” Fink told Bloomberg. 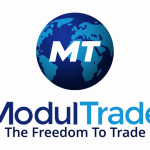