The head of one of Wall Street’s biggest banks believes bitcoin is “more than just a fad.”

James Gorman, CEO of Morgan Stanley, made the comments during an event hosted by the Wall Street Journal today. According to Bloomberg, Gorman said that the privacy features of cryptocurrency are compelling.

“The concept of anonymous currency is a very interesting concept – interesting for the privacy protections it gives people, interesting because what it says to the central banking system about controlling that.”

That said, Gorman isn’t personally invested, though he did say he has encountered a number of people who have bought a stake in the market.

“I’ve talked to a lot of people who have,” he said at the event. “It’s obviously highly speculative but it’s not something that’s inherently bad. It’s a natural consequence of the whole blockchain technology.”

Gorman’s moderated stance stands in contrast to comments issued this month by JPMorgan Chase CEO Jamie Dimon, who made headlines when he said he believes bitcoin is a “fraud.” He later doubled down on those remarks, predicting that governments would move more forcefully to crack down on cryptocurrencies.

According to Bloomberg, Gorman himself pointed to that question of future regulatory developments around cryptocurrencies, wondering aloud when regulators would “decide [they] want to control monetary flows for money laundering and privacy and capital outflows and all the other reasons.” 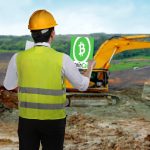