According to reports, a few banks in Singapore have ceased doing business with several startups that operate with cryptocurrencies. Singapore’s Cryptocurrency and Blockchain Industry Association claims that over ten companies have had issues with Singapore banks and that the corresponding financial institutions have provided no reasons for the account closures.

‘We Do Not Fit Anywhere In the Current Regulatory Framework’

Just recently the Singapore-based startup, Coinhako, a digital currency exchange and wallet service, told its customers it had to stop processing Singapore dollar trades. According to Coinhako, one of the largest banks in Southeast Asia, DBS Group Holdings, closed the company’s account and did not detail why it was ending the banking relationship.

“The closure of our bank account might be due to matters pertaining to anti-money laundering rules and know-your-customer requirements,” explains Coinhako’s co-founder, Yusho Liu. “That’s why we go the extra mile to meet compliance standards set by the Monetary Authority of Singapore (MAS). Even though we don’t fit anywhere in the current regulatory framework, Coinhako is fully committed to working towards a common consensus with the banks to allow for a more conducive environment going forward.”

Advocacy groups such as the Singapore Fintech Association, and Singapore’s Cryptocurrency and Blockchain Industry Association (Access), say that many businesses have approached them about banking issues. Access says over ten startups have had problems with Singapore’s financial institutions and the trend is becoming more “common.” Access Chairman Anson Zeall explains, “from our analysis, it appears to be common among leading Fintech hubs.” Even though Singapore’s central bank denies having had any influence over the decisions of these private banks, it did recently clarify the bank’s stance towards initial token offerings (ICO).

MAS Wants to Remove the “Risks” Associated With Virtual Currencies

MAS is concerned about ICOs, as evidenced by its recent statements towards this new token sale economy. The Singapore bank emphasized that the function of digital tokens has “evolved beyond just being a virtual currency”, and explained that it is committed to maintaining Singapore’s role as a “reputable financial center and fintech hub.” However, that requires “strong controls” so the central bank can curb the risks of money laundering and pyramid schemes. MAS claims it has not participated in the decision-making made by private banks and the “termination of business relationships.”

Coinhako Says ‘We Are Not Alone’

Coinhako says the startup is in the process of creating a relationship with alternative Singapore-based banks and hopes to be back up and running in roughly three weeks. The Singapore bitcoin company says it knows it’s not the only cryptocurrency business model trying to operate within this nascent industry, while also dealing with the traditional banking system.

“Regulations and the exact role of the blockchain in society continues to present as a grey area to everyone,” Coinhako notes in its closure statement. “Coinhako is not alone in the bitcoin community in having to deal with challenges presented by correspondent banks. Various other bitcoin-related companies have faced similar problems in recent days.”

What do you think about Singapore banks ending their banking relationships with cryptocurrency startups? Do you think it has anything to do with the ICO regulatory crackdowns taking place worldwide? Let us know what you think in the comments below.

Images via Shutterstock, Coinhako, and the MAS headquarters.

Have you seen our new widget service? It allows anyone to embed informative Bitcoin.com widgets on their website. They’re pretty cool, and you can customize by size and color. The widgets include price-only, price and graph, price and news, forum threads. There’s also a widget dedicated to our mining pool, displaying our hash power. 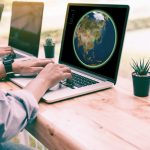