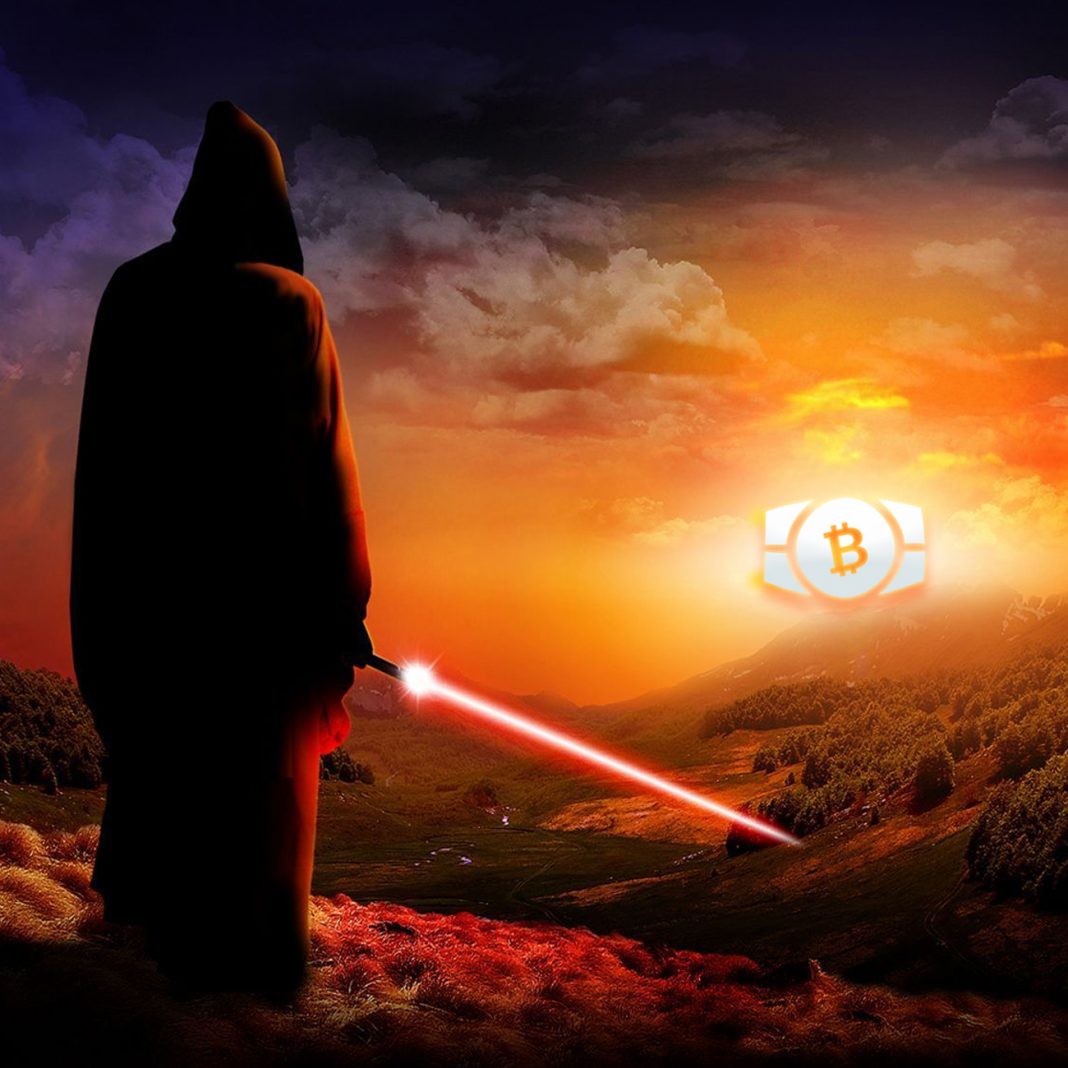 On Saturday, Nov. 17, the Bitcoin Cash (BCH) community entered the third day of its hash war, with many supporters growing confident that a resolution may be in sight. Close to 300 blocks have been mined on the Bitcoin ABC side of the chain using the new consensus ruleset, which has also given the network the most accumulated proof of work. In addition to the hash battles of the last few days, the first major cryptocurrency exchange, Bittrex, has re-opened bitcoin cash deposits and given the ABC chain the BCH ticker.

BSV and the Satoshi Shotgun that ‘Doesn’t Shoot Straight’ 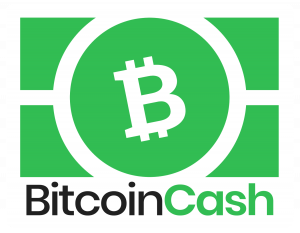 It’s been a long few days for Bitcoin Cash supporters, but the war seems to be nearing an end in the eyes of many. After the split, the ABC side of the chain remained vigilant throughout the entire process, mining more blocks but more importantly capturing more proof of work. The SV side is still moving along, but is behind the ABC chain and SV has also performed less work.

On Nov. 17, the BCH community got ready to watch the Stress Test team send large batches of transactions, but according to a few Telegram chat rooms, the Stress Test, or “Satoshi’s Shotgun,” has not been firing so well. Observers have stated that Satoshi’s Shotgun was no longer able to reach the ABC network. People assumed the stress test developers were not prepared to adapt to two different networks. During the start of the test, Bitcoin Unlimited’s Peter Rizun commented on the Stress Test matter.

“The difference in network effect stark: BSV has few users, no OSX or Windows clients, no block explorer, perhaps one mobile wallet, and a shotgun that doesn’t shoot so straight,” Rizun explained to his Twitter followers.

Many Believe the Release of Bitcoin ABC Version 0.18.4 Should Give Confidence to Exchanges

Many bitcoin cash users have been discussing the ABC network’s safety and reliability, with a number of them opining that exchanges should re-open markets. For instance, according to one of the most popular posts today on the Reddit forum r/btc, the release of Bitcoin ABC version 0.18.4 with a checkpoint and re-org protection cements the split. 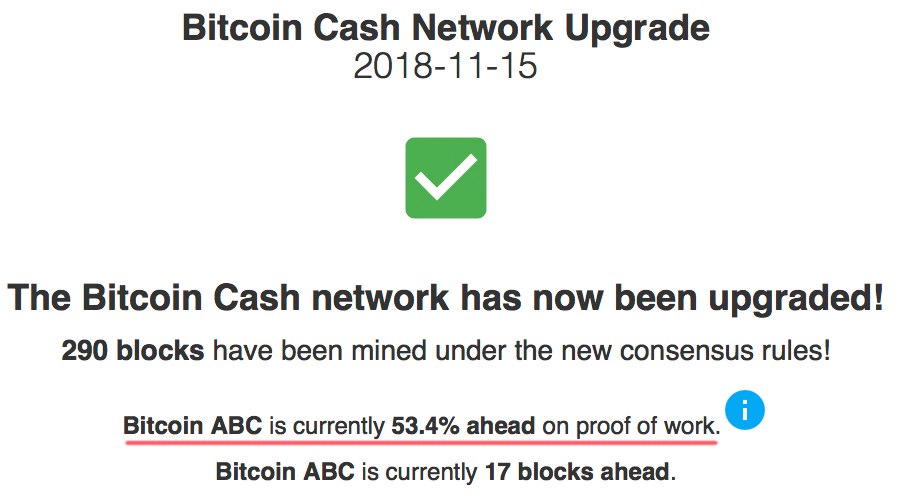 This means that miners will continue securing the ABC side and Nchain, Coingeek, and the rest of the SV miners will be left on that chain. “This means that exchanges can resume deposits, and we should urge them to, so everything can get back to normal,” the Reddit post explains. One Reddit user explained that he is confident the ABC chain is now Bitcoin Cash (BCH) due to the most accumulated proof of work (PoW).

“ABC has won decisively. I wish the exchanges would realize this,” explains the Redditor’s comment. “Before the fork, everyone said that the most proof of work chain would continue as BCH, and ABC is the chain with the most proof of work.” Moreover, the analytical website Coin Dance cash confirms that the ABC chain has the most PoW and leads by 53.4%. 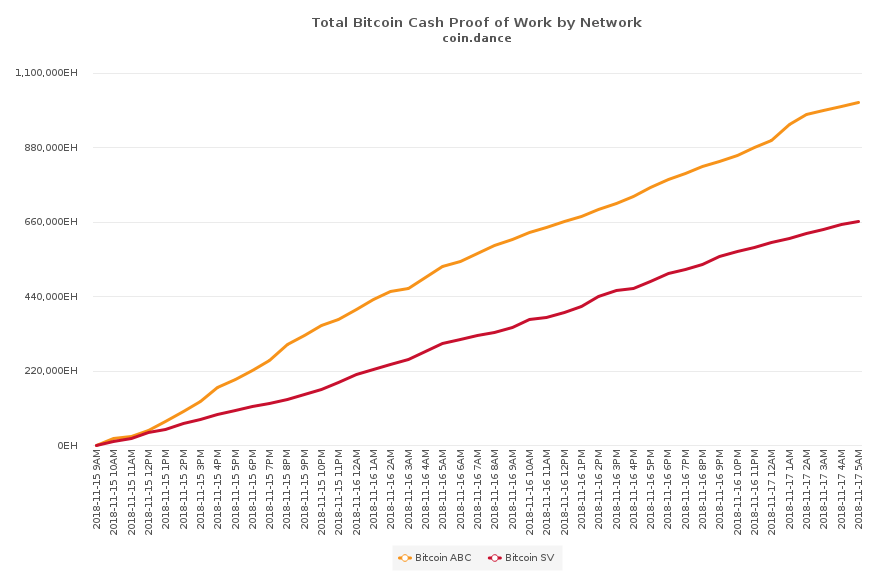 “The “BCH” ticker will remain the Bitcoin ABC chain before the hard fork block — Bittrex will observe the Bitcoin Cash network for a period of 24 to 48 hours to determine if a chain split has occurred and the outcome,” Bittrex Zendesk support explained on Nov. 17.

Update: Bitcoin Cash (BCH) deposits and withdrawals are now open. Confirmations have been temporarily increased to 20 for deposits. Bitcoin SV (BSV) balances are in accounts. https://t.co/EIcqG4pu6N

Many BCH supporters seem to be confident that the war is close to ending and believe exchanges will continue to list ABC as Bitcoin Cash (BCH) and SV as BSV. However, some SV supporters are still in disbelief over the outcome and think the hash war will favor their side in “weeks” or maybe even “months.” ABC proponents don’t seem to be fazed by the continued threats of re-orgs and 51% attacks, and have sought to shun instigators of war. Even today’s stress test has been regarded as a fluke, and nothing more than an SV marketing ploy, according to members of the r/btc forum.

What did you think of the past three days? Do you think the hash war is over? Let us know in the comments section below.